Once upon a time, we wrote a story on the growing presence of Swedish players in the NHL. Today, as Swedes continue to make waves in the league, we pay tribute to the man that started it all.

Börje Salming, affectionately dubbed “The King” during his legendary career with the Toronto Maple Leafs, not only is the first Swede to be inducted into the NHL Hall of Fame, but he also was a pioneer for all European hockey players in the NHL.

Born and raised in Kiruna, Sweden, Salming spent the first few years of his professional career in the Swedish Hockey League before joining the Toronto Maple Leafs for the 1972-73 season. At the time, Europeans were scarce in the NHL, and the idea of a European superstar was unheard of.

That is, until Salming took the ice.

Salming went on to play 16 seasons for the Maple Leafs and one season for the Detroit Red Wings, achieving superstar status as a defenseman and paving the way for a new era of European hockey players in the NHL. 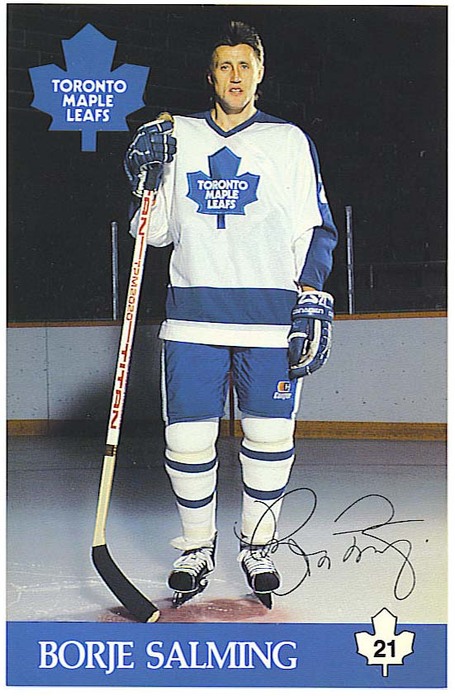 Salming’s impact on the league

Salming’s Hall of Fame credentials include all-time franchise records in assists (637), goals by a defenseman (150), points by a defenseman (787) and best career plus/minus (+170) for Toronto. His nickname, “The King,” suited his tenacious and dominant style of play, but his reputation did not come easily.

In 2017, Salming was included in the NHL’s 100 greatest players, with writer Bob Duff noting the adversity Salming faced as a foreigner bound for greatness: “Salming would first be required to defend his honor. Every tough guy on every team was determined to find out just how much punishment the NHL’s first European star could take without cracking.”

Salming’s outsider status in the league painted a target on his back, not to mention his arrival to the NHL being in the midst of a particularly lawless era, before penalties and other sanctions discouraged players from outright attacks on opponents.

Part of what earned Salming the adoration of Toronto fans and hockey fans alike was his resilience to the notion that the new Swede in the league needed to be pushed around. “He took it all and he learned how to give it back,” teammate Ron Ellis told SportsNet for a 2013 article. “He was never what you would call a dirty player, but he stood up to them.” 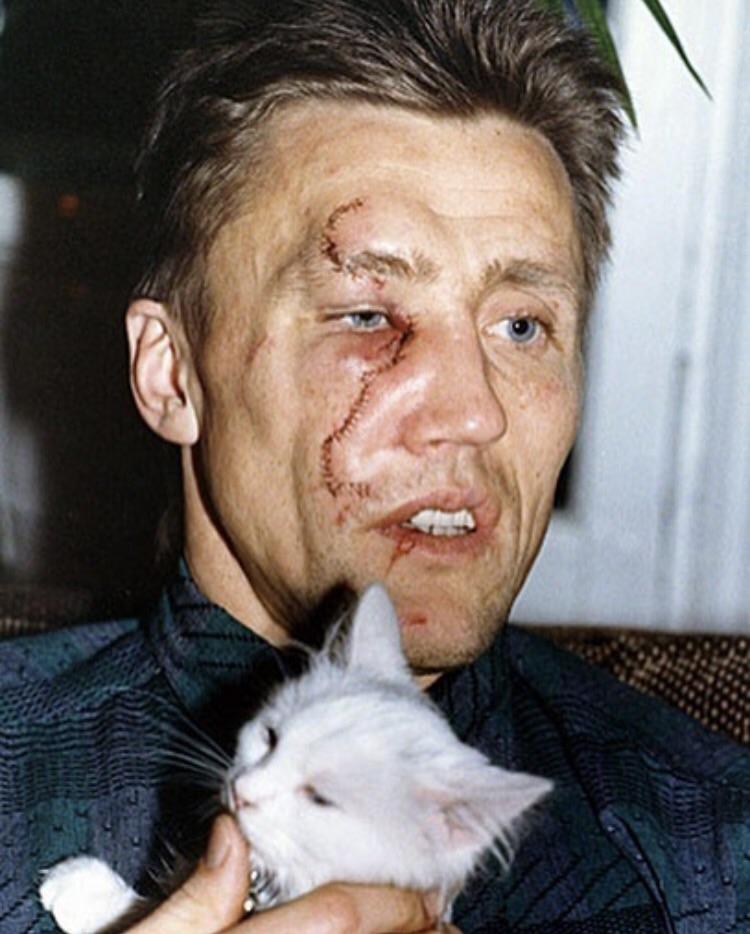 The worst injury in NHL history?

It is painfully ironic that Salming, whose thick skin earned him the respect of the NHL community, would endure likely the most gruesome injury in NHL history. While Salming lay on the ground in front of the net in a 1986 game vs. the Detroit Red Wings, left winger Gerard Gallant accidentally stepped on Salming’s face (with his skates on, of course). The result was a deep gash that went from Salming’s forehead to his mouth. SportyInsider ranks the injury the worst in NHL history.

The aftermath? Salming received nearly 250 stitches in his face and a shiny new visor for his helmet. The injury was so disturbing, in fact, that one writer recorded a song to capture the bloody moment.

By the end of his Hall of Fame-career, Salming played 17 seasons in the NHL that would solidify his status as one of the greatest defensemen of all time. His jersey (No. 21) now hangs in the rafters of the Air Canada Centre, and his legend is immortalized outside the Maple Leafs’ arena on Legend’s Row. He was inducted into the Hall of Fame in 1996.

His legacy is best understood through the eyes of Mats Lundin, a former Maple Leafs captain and fellow Swede who once said: “Every Swede respects Börje and pays him tribute for what he has done. For us – Swedish hockey players – he is the man who showed us the right way; he is a trailblazer.”

To best understand exactly how much Salming meant to Canadian fans, check out the moment Salming was introduced for Sweden at the 1976 Canada Cup, just three years into his NHL career.

Now 67, Salming’s retirement from ice hockey has been anything but laid-back. Residing in Stockholm, he now has his own brand of sports performance underwear, Salming Underwear. Interestingly enough, Salming is not the only Swedish sports star to venture into the performance underwear business: Björn Borg had the same idea.

If you want to perform like “The King,” then perhaps buying some underwear graced with his name is a good first step. Stepping onto the ice in these bad boys might not earn you a spot on Legend’s Row, but you’ll still feel like a king.