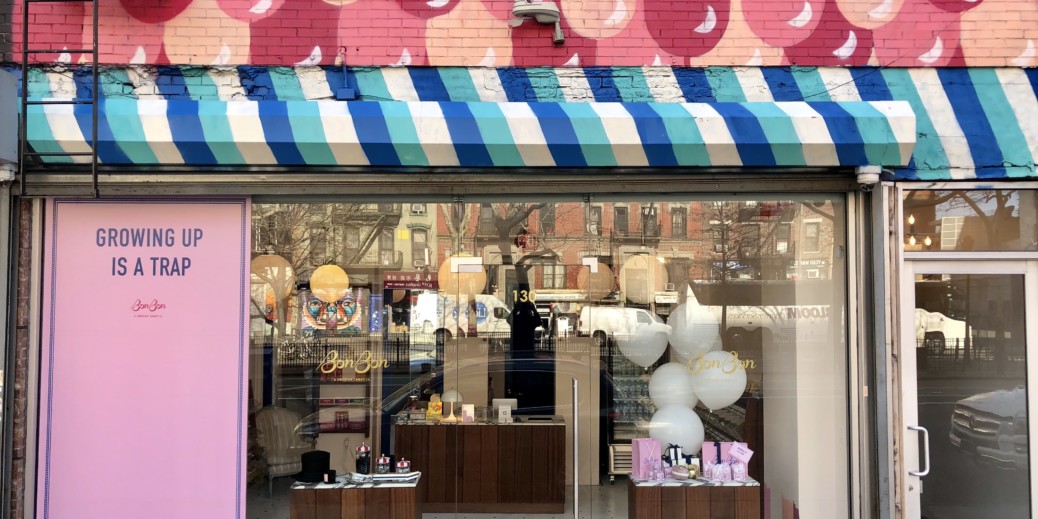 Fall in love at first bite at Swedish candy company BonBon, located in the Lower East Side of Manhattan.

Earlier this year, three Swedish-born friends, entrepreneurs and candy enthusiasts launched the BonBon. The small, quirky candy shop brings authentic Swedish candy to customers in the neighborhood and beyond, partnering with several delivery companies like Postmates, Doordash and UberEats to bring custom orders of candy directly to your doorstep.

“Our mission is to bring candy to everyone,” said Selim Adira, co-owner of BonBon. “The three of us wanted to do more than just make a little candy store. We wanted to be flexible and available to everyone.”

A series of ventures that led to Swedish candy

Born and raised in Sweden, Adira moved to New York in 2004 to start a new journey that would become several ventures with his best friend Robert Persson. From selling imported apparel off the streets and later distributing to larger companies like Calypso and Urban Outfitters, to working in hospitality, opening night clubs and working alongside acclaimed chef Marcus Samuelsson, the pair were simply two young guys trying to have fun while earning a living.

Late in the summer in 2017, Adira and Persson became eager to start something new.

The duo contacted another good friend and fellow Swede, Leonard Schaltz, who had experience in shipping, and the idea of BonBon became official.

Across town in the West Village, Sockerbit already had been offering a similar product since 2011, but Adira and his partners were not concerned.

“People love candy, and they love to treat themselves,” Adira said. “New York City is huge, and I think there’s room for 10 more Swedish candy stores.” Offering an experience, not just a product

While working for Samuelsson, Adira honed his hospitality skills, which he uses today to bring an added level of engagement with BonBon’s guests.

“What makes us different is our hospitable approach,” Adira said. “We really focus on taking care of our customers and working with each one to find the perfect candy for them.”

Not only is the customer service at BonBon top notch, so  is the product. Swedish candy is free from GMOs, trans fats, high fructose corn syrup and artificial dyes. With more than 150 rotating candies to choose from, the options can be overwhelming. That’s where customer engagement really comes into play.

“A lot of people who come into our store are curious and not familiar with Swedish candy, so part of the experience is teaching them about it,” Adira said. “We will ask what flavor profiles they like and will find the right candy for them, even offer a free taste. Every time, the candy sells itself, that’s what is so great about working with a quality product.” Growing the Scandinavian community one piece of licorice at a time

“We have a lot of Scandinavians who come in and have worked with several Swedish organizations like the General Consulate of Sweden in New York and with the Consul General, Leif Pagrotsky, the local SWEA and more,” Adira said. “They all have been very supportive.”

The company’s commitment to bringing quality, Swedish candy to everyone while educating customers about the product even goes beyond New York City. If BonBon can’t reach a customer by bike or car, it will ship it.