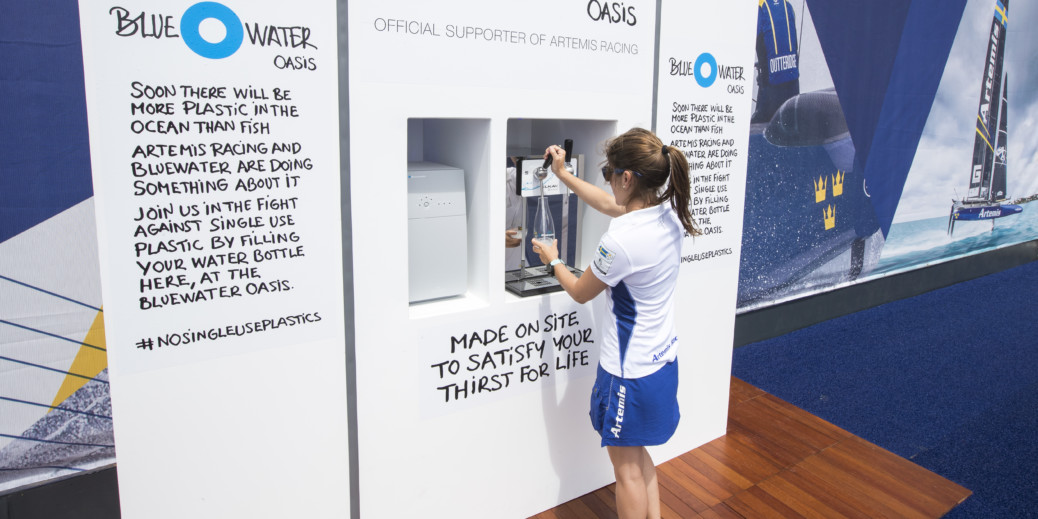 Wouldn’t it be great if you could actually drink water from the sea without getting sick?

Swedish company Bluewater, which was founded by Swedish environmental entrepreneur Bengt Rittri, has the filtration technology to clean water and make it potable. The company is looking to provide cleaning drinking water — without plastics (both as a vessel and as micro-plastic contaminants).

Forbes reports on the impact of Bluewater’s units on one of the islands in Stockholm’s archipelago. Anders Jacobson, Bluewater’s president, stated about the company’s efforts, “It’s coming together in a perfect storm because everyone needs water. Water is a much smaller eco-system than air — and we can’t create it, so if it is contaminated, we have to clean it.”

It’s playoff season in the NHL, and while the LA Kings are done for the season, that doesn’t mean we can’t talk about the successes of its breakout star, Carl Grundstrom. According to NHL.com, the right winger is only the second player in the team’s history to score goals in his first two NHL games.

We barely can live with the couple of people in our house, so we’re not sure how we’d like co-living with 50 other people. The New York Times reports on a new way of living in Stockholm, a city that’s facing a rental space issue.

Sparking a conversation about race and culture, Swedish designer Simon Skinner created eight Afropicks that explore stories about cultural identity. Skinner told Dezeen, “It’s a symbol of black power and it represents a part of black culture. It is not easy to get your hand on such a comb in Swedish stores today, so working with this object was important to me in many ways.”

When you’re scrolling through your feeds and you see Swedish Fish stuck in nets at sea, you have to stop and laugh. The Onion (cough, cough, fake news) reported on Swedish Fish getting caught up in the pollution at sea — trapped in peach rings and gummy cola bottles. Those poor schools of Swedish Fish.