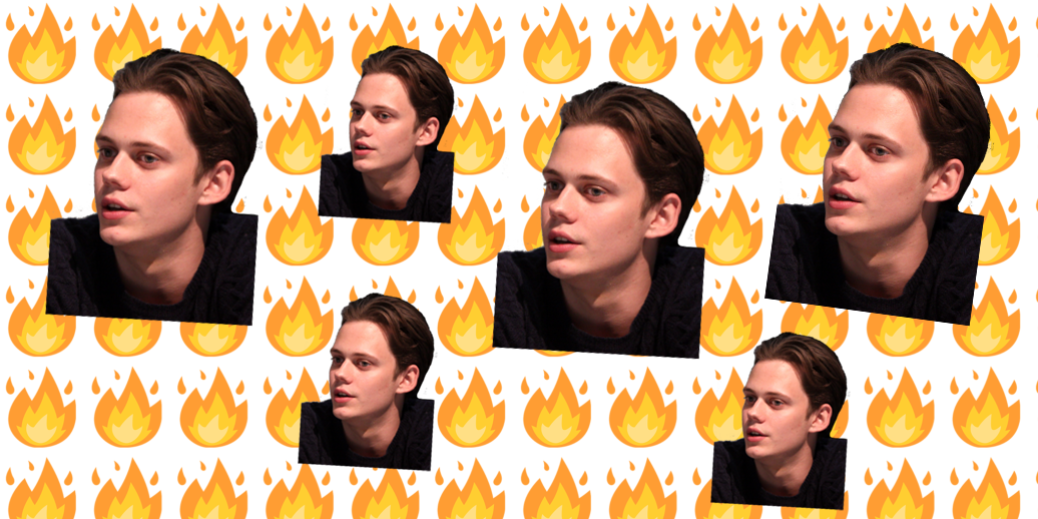 Bill Skarsgård comes from a line of good-looking, talented actors and recently has taken the spotlight from his brother Alexander thanks to his latest role as Pennywise in Stephen King’s “It.”

No, Pennywise isn’t the kind of character you think would attract millions of viewers worldwide, but it seems to have worked for young Skarsgård. Before Pennywise, Skarsgård started bringing in fans when the popular Netflix series “Hemlock Grove” first aired in 2013 with his role as Roman Godfrey.

Whether you’re a Roman Godfrey or Pennywise fan – or neither – one thing we’re sure we can agree on is that Skarsgård’s charming smile can make anybody swoon.

In case you need more convincing, here are eight GIFs that help explain our love for Bill Skarsgård.

No. 1 – That eerie, yet irresistible, smile.

No. 3 – He’s got the look that just screams, “I’m ambitious and focused. Nothing will get in my way.”

No. 4 – Come on…a kitten?! His love for animals lights up our life.

No. 5 – We can’t quite put our finger on this one, but who else can make creepy look so good? A bloody Bill rivals a bloody Alexander for sure.

No. 6 – He has great genes. Seriously, look at that face.