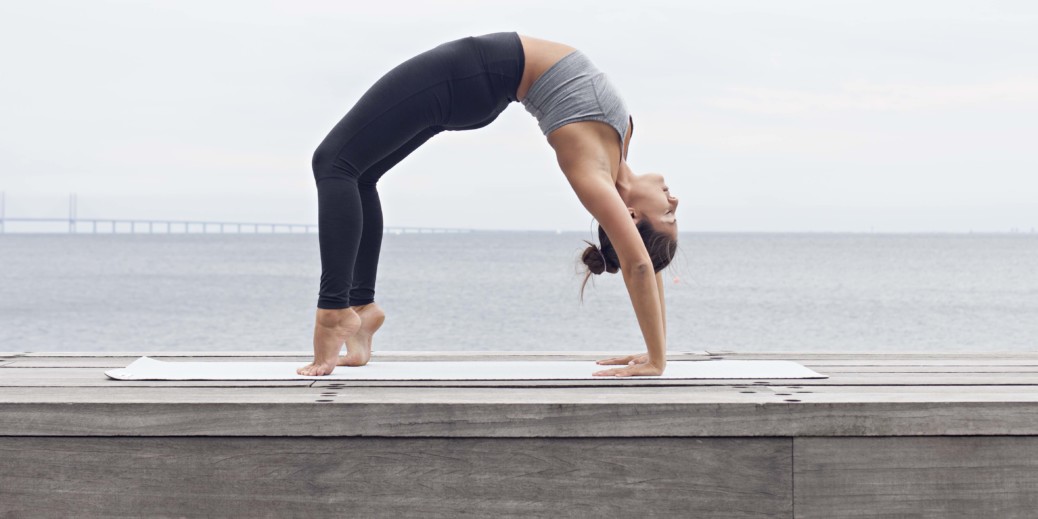 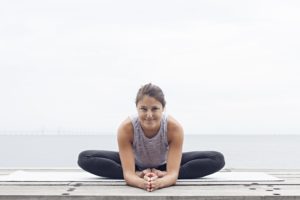 You never know where life will take you.

That pretty much sums up Bethany Henderson, a Florida native who these days runs her own Yoga studio in Sweden of all places.

Henderson started her career as an auditor in corporate America at the same time she discovered her love for yoga. As her work responsibilities picked up and wakeskating at a professional level began to take a toll on her body, Henderson was in need of a release. After receiving a yoga DVD as a gift, Henderson’s love for the practice grew, and she decided to pursue her new passion.

After moving to Malmӧ in 2013, Henderson bounced around from studio to studio trying to find a little piece of home by doing yoga. But none of the studios in the area at that time offered yoga in English. Henderson couldn’t quite connect with any of the studios.

Out of that experience, Yoga Roots, an English-speaking yoga studio owned by Henderson and her business partner Tereze Kestere, was born.

In the center of the city, Yoga Roots is an escape for its clients from the stresses of daily life. It focuses on providing an inclusive, international studio for Swedes and non-Swedes alike to come together in a relaxing and comfortable environment to practice what they love. In just one year of operation, Yoga Roots has started to outgrow its studio space and has taken on a crowdfunding campaign to help fund a move into a new location.

We caught up with Henderson to talk about her career change, love for yoga, successful business and what’s next.

What inspired you to make the move to Sweden?

Growing up in Central Florida, I have to say that my wildest of dreams could not have put me moving to chilly Southern Sweden. But I met a Swedish man at University, and as life turns out, we made the move to Malmö in 2013.

Talk a little bit about your passion for yoga and how you got started.

I started practicing yoga as a cross-training for my sport, wakeskating, about 13 years ago. I was competing professionally at the time and was looking for a way to balance the hard training behind the boat and to prevent injuries. At that time, I didn’t know anyone who was practicing yoga, but my grandmother actually gave me a Rodney Yee DVD. This was the first time I can remember practicing yoga at home with a DVD. From then I became more curious about yoga and the benefits I felt in my body and mind. I started practicing seriously at University, taking a yoga class as a part of my curriculum and then after graduation, I joined a yoga studio near my home.

When and how did you know it was time to take the plunge and switch careers from accounting to yoga?

This is always the hardest question to answer. I’m not sure if I can say that I “knew” it was time, or even whether it was a good decision. I spent a few years working in the corporate world, and although I was very successful, I never felt truly fulfilled. I found myself working later and later hours, the more I worked, the more I turned to yoga. I discovered that this practice became such a big part of my life, not only from a physical point of view, but also in learning to be mindful. Maybe it was this mindful awareness that led to the decision to change. But one day, I woke up and felt in my gut that it was worth the risk to follow my passion and to see where the path led me. 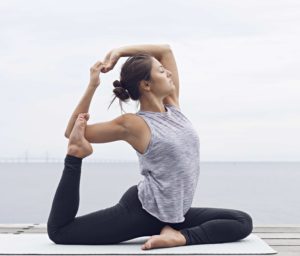 You talk about how you wanted to create an inclusive yoga space where Swedes and non-Swedes could come together, why was this so important to you?

When I first moved to Sweden, I was searching for a new home studio similar to the connection I had with my studio back in the U.S. I practiced at every yoga studio in the city, but was not able to find any classes in English at that time. Everything was in Swedish, so for me at that time, it just didn’t feel quite right. Not as a home, that I truly believe a yoga studio should feel like.

A few years later, when the idea for my current studio Yoga Roots came about, one of my main motivations to open this space was to give back and provide a space for others in a similar situation. Yoga Roots was created for those who move to Malmö, or are just visiting from another country, and are looking for a home away from home.

How has your wide variety of previous experiences – from wakeskating, to traveling, to getting your master’s degree – influenced how you teach yoga and operate your business now?

I try to bring influences from my backgrounds into my teachings and my previous career and education into how I run my business. From an athletic perspective, competing in sports and subsequent injuries have given me a greater understanding of body movements, and how to move in a way to heal and prevent injury. I bring an alignment perspective into my teachings to share this mindful body awareness and sustainable movements with my students.

When I started teaching yoga, I never thought I would be where I am today – founding and running a successful yoga studio in Sweden. I studied my Master’s in Management Control and Accounting (Lund University in Sweden), and chose this program to “complete” my background in business and accounting, but I would’ve never thought that this would be so beneficial to my business. I would have to say that it is meant to be – with my background and education in business, it is a valuable combination for me to have when a running and planning to expand a yoga studio.

What were some of the challenges you faced moving to Sweden and starting a business?

When I first moved to Sweden, I didn’t speak Swedish, and the culture of business and in general, is quite different than I am used to. Starting a business was relatively easy; the only limitation is really understanding the language and knowing who to talk to. Once you find the right organization to guide you and understand the paperwork needed, I was able to set up my personal business without a problem.

Yoga is such a huge phenomenon now. How have you noticed it is similar or different in Sweden vs. the U.S.?

The yoga community in Sweden is really growing. Over the past four years since I moved here, things have already changed so quickly, but it is still quite different than the U.S. In the U.S., yoga is extremely popular, with different studios on every corner offering different types of classes.

When I first moved to Sweden, in general, people were still quite skeptical to yoga, and it was a smaller community of yogis here in the city. For most people, hot yoga was really all they knew of, but maybe never even tried. Now, this summer, the city of Malmö organized the first yoga festival for the area, which was a huge success and spreading the awareness and love of yoga even more. With our studio expanding this year, we hope to grow and uplift the community here even more.

You’ve conquered so much already but, what’s next for you?

Personally, this winter I am getting married to the love of my life. And in spring of 2018, I am expanding my yoga studio – Yoga Roots Malmö – to a brand-new location in the city. We outgrew our current space quite quickly, and to really fulfill our vision of creating an international community in the city, we need to grow. Myself and Yoga Roots co-founder, Tereze Kestere, are very excited for this move as we have always envisioned our studio to be a home away from home for internationals who move to the city. So keep an eye out for this!