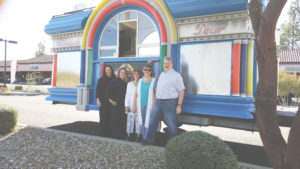 Just east of Phoenix in Mesa, Ariz., in a city where the restaurant scene is mostly made up of burger joints and chains, the restaurant Beaver Choice is a breath of delicious fragrant air, serving up authentic Swedish, Polish and Canadian dishes.

The restaurant’s owner, Hanna Gabrielsson, was born and raised in Poland, and lived for 20 years in Sweden, two years in Austria and 10 years in Canada. She created a menu that is a melting pot of all the places she has lived.

“The dishes,” she said, “they are kind of my world journey, my life’s journey.”

At the Beaver Choice, you’ll find an array of authentic dishes like Älgskavsgryta, a Swedish stew made with elk braised in heavy cream and wine that includes shallots, juniper berries, mushrooms, sage, lingonberries and goat cheese. The iconic stew was featured on the Cooking Channel’s “The Culinary Adventures of Baron Ambrosia.” 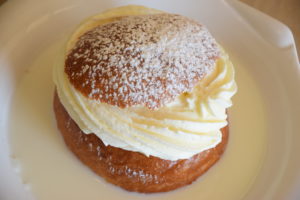 “We ate a lot of elk in Sweden,” Gabrielsson said. “My childhood was in Poland, but my kids and work was Sweden, so I feel very connected to Sweden.”

The international eatery’s most popular dish, which was named one of the best dishes in Phoenix by Phoenix Magazine, is the schnitzel cordon bleu. Chicken or pork is sliced length-wise and then topped with ham and triple-cream brie in lieu of the traditional Swiss cheese. Not satisfied with the Swiss cheese that is available here in the States, Hanna adapted the recipe by using a more flavorful cheese.

“And that is why the dish became so iconic,” she said. “I adapted it based on what is good here. I changed some things to get the flavor right.”

“The food is authentic because I lived there,” Gabrielsson said of the international menu. “I lived so many years in each country that I learned the taste of the country.

“You have to be born into the culture to know what to add [to a dish]. For me to make Texas barbecue, I have no clue what to add. And, Louisiana soul food, I can’t make it because I never lived there. You can do it by recipe, but it will never be the same as a person who lived in a country a long time. I call it ‘the taste of the country.’”

After growing up in Poland, Gabrielsson moved to Sweden, where she met her Swedish husband and had two children. Her husband passed away while she was in college, and she needed another job to help support their two young children.

She got a job as a waitress at Stadshuset, Stockholm’s City Hall, where she would work events like the Nobel Prize Banquet, along with other dinner receptions for big companies and corporations – and even serve the royal family.

“I had no clue how to carry plates or how to cook,” she recalled of her six-year stint waitressing at Stadshuset. “I discovered my love for cooking. I was coming in earlier to see what they were doing in the kitchen, cooking for the King of Sweden. I discovered my passion because I was a single working mom…Being there was just phenomenal.”

Gabrielsson married her second husband, and they moved to Canada, where they opened a food truck that was near Queen’s University campus in Kingston, Ontario, so they could serve healthy lunches for students. 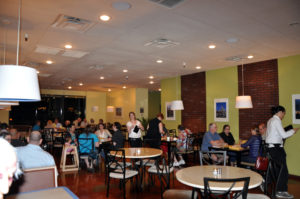 There they served healthy Swedish and Polish food, and the food truck was unusual: “Chip trucks” near campus usually served fries and burgers. It was well-received, and as word spread the food truck was swarmed by hungry customers who were craving her smoked salmon salads, perogies and swepol.

With Polish, Swedish and Canadian citizenship, Gabrielsson came to the United States on a work visa and opened Beaver Choice in July 2010 as a cozy five-table restaurant with counter service.

Although small in size, the restaurant was full of rich flavors and delicious dishes, and it was awarded four-star restaurant reviews and gained popularity. Over the years, the restaurant has grown and relocated to a bigger space in Mesa, where today Gabrielsson continues serving her acclaimed Swedish, Polish and Canadian dishes.