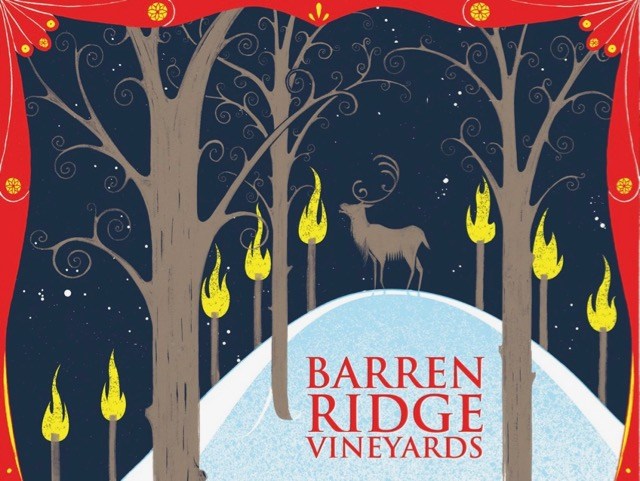 A glowing Swedish fire log was all it took to inspire John and Shelby Higgs to start their annual Swedish Fire Festival.

The owners of Barren Ridge Vineyards, a winery nestled in Virginia’s picturesque Shenandoah Valley, first saw the illuminated torch when one of their interns lit one on a cold evening.

Years later, the fire log now plays an integral role in the couple’s annual midwinter festival that embraces cultural elements from a handful of European countries – such as Scotland’s fire festival, France and Switzerland’s fondue, and Sweden’s tasty glogg.

“In America, we are a melting pot,” Shelby Higgs said. “We Americans love to experience all the cultures.” 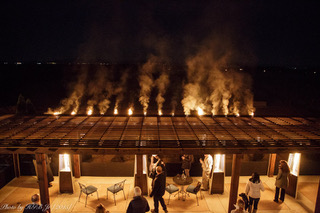 Scheduled for Saturday, January 26, 2019 from 6 to 10 p.m., the multicultural winter festival is an annual gathering that the vineyard has hosted for the past five years, each year evolving to include new, interesting cultural elements.

Traditionally the event’s dinner is catered by chef from the nearby towns of Charlottesville or Staunton, and each year the menu changes to incorporate new dishes from across central and northern Europe. And, inspired by the Higgs’ time living abroad in Switzerland, the winery always serves raclette, melting it into a gooey fondue.

For $100, guests enjoy a lavish feast that is paired with the vineyard’s delicious wines, which range from reds like Petit Verdot and Cab Franc to whites like Viognier and Petit Manseng. 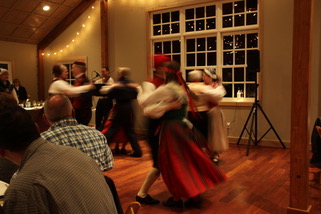 Each year the fire festival includes some sort of Scandinavian-inspired entertainment. Last year a classical guitarist played Swedish music. Another year, Swedish folk dancers came down from the embassy in Washington, D.C., to perform.

After dinner, a Swiss alphorn performance signals the lighting of the Swedish fire logs, which line the road leading up to the vineyard.

“It makes a beautiful display,” John Higgs said. “And our friend plays the alphorn. I fell in love with it in Switzerland. It just puts shivers up your spine.”

For out-of-towners in need of a place to bunk nearby, the historic Stonewall Jackson Hotel in Staunton partners with the vineyard to create an overnight package for festival-goers that includes a room, breakfast, parking and tickets to the event.

Tickets go on sale after Thanksgiving. More info at barrenridgevineyards.com.