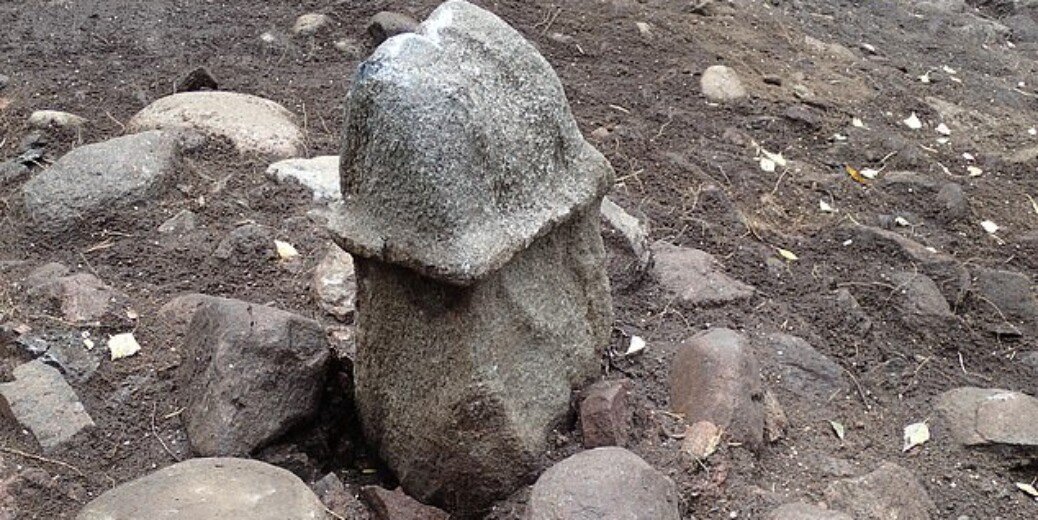 Archaeologists in Sweden stumbled across a statue that dates to the Bronze Age. What made the find a little more newsworthy was, well, we’ll just say it: The statue looked like a penis.

According to the Daily Mail, “phallic stones often show up during excavations but it is rare to find one so closely modeled on the real thing.” Archaeologist Gisela Ängeby made the find near Gothenburg and believes the 21-inch stone was linked to a fertility quote. If you’re interested in reading more, here’s another piece from the New York Post by way of the Sun.

We wrote about the Swedish Dishcloth a few weeks ago. This week, those handy little guys that can replace as many as 17 paper towel rolls were featured in New York Magazine.

There’s so much to do and so much to see in Stockholm. USA Today explored some of the best day trips within one hour of Sweden’s capital. (If you’re willing to travel about five hours from Stockholm, we hear there is an interesting statue near Gothenburg…)

Indie artists on the rise in Sweden

The music industry is keeping tabs on a trend in Sweden. According to Music Business Worldwide, there’s been huge growth in the popularity of indie music artists, who tap into their social media followings to crack the charts and compete with the big-label stars.

Swedish chef Niklas Ekstedt cooks exclusively over open fires. If that’s not cool enough, Ekstedt launched a food festival called Foodstock outside of Stockholm, and The Guardian – and an estimated 10,000 food lovers – paid a visit.