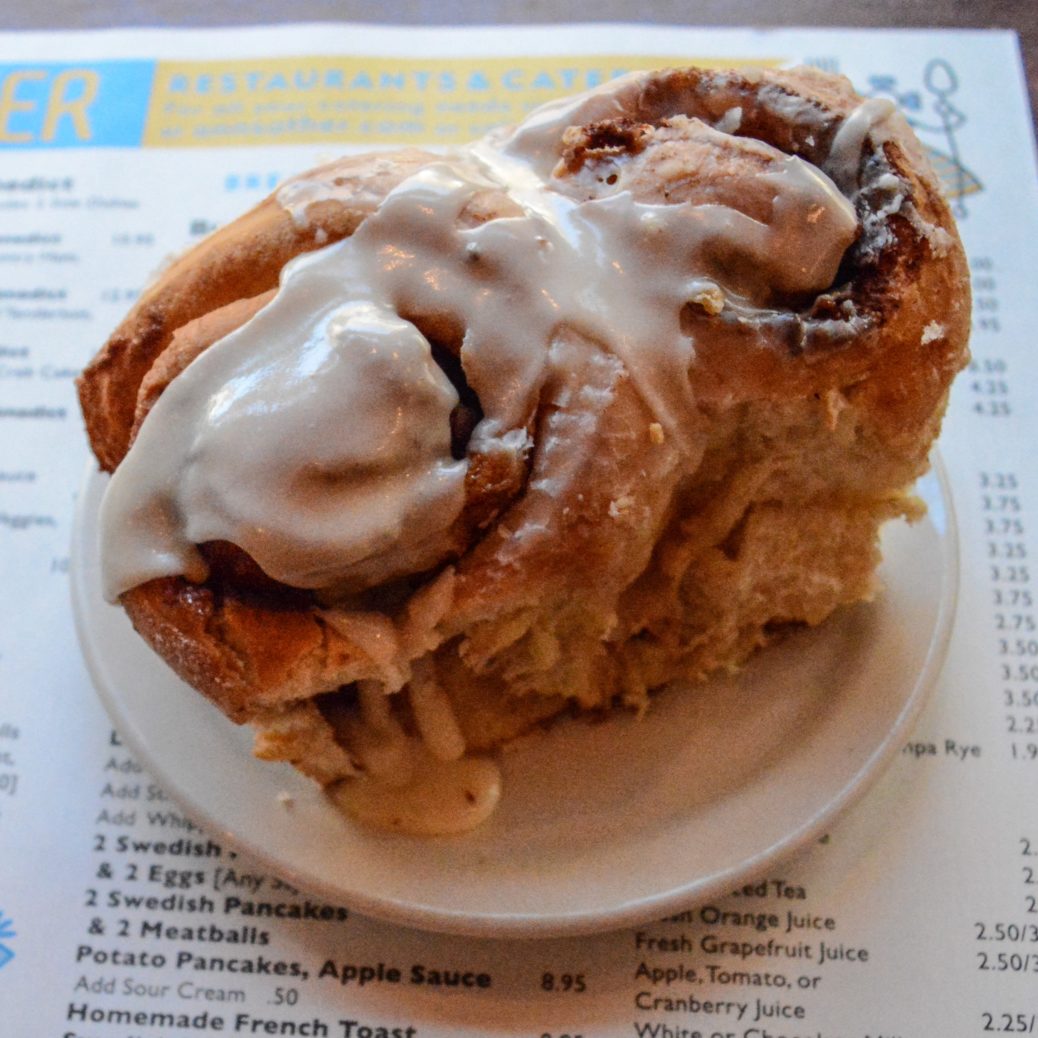 Alderman Tom Tunney of the 44th Ward in Chicago is keeping Cubs fans happy and well nourished before games.

Tunney, owner of the original Ann Sather Restaurant, just a few blocks from Wrigley Field, dishes out the home-style Swedish recipes of the restaurant’s namesake, Ann Sather. Tunney signed the papers to purchase the restaurant from Sather in 1980 based on a handshake deal.

“The Wrigley building was built on a handshake and that is the way she did business,” he said. “She said ‘Come work for me and I will show you everything you need to know about Ann Sather.’ By January 1981, I was the complete owner.”

Sather, a Norwegian, bought the restaurant then known as The Swedish Diner in 1945 when the Swedish owners decided to retire. She was devoted to serving wholesome, made-from-scratch food, with low prices and friendly service.

“It’s like you are going to Grandma’s house,” Tunney said of the food and atmosphere. “It’s comfort food. Nobody walks away hungry.”

Tunney, a Chicago native and alumnus of the University of Illinois and the Cornell University School of Hotel and Restaurant Management, heard about Sather and her impending retirement from a college friend whose father was a restaurant supplier.

After getting his master’s degree, Tunney landed a job in management training at the Ritz Carlton and moved to Chicago’s north side.

“I had never heard of Ann Sather; I was raised in the southwest side of the city,” he said. “I was an energetic new guy at an established hotel and I was enjoying it.”

However, he was intrigued by the thought of owning a restaurant.

“I didn’t have an ego about what kind of restaurant I wanted to own,” said Tunney, who is first generation Irish. “Ann wanted somebody to maintain her Scandinavian cuisine and made-from-scratch concept. Others that looked at the restaurant wanted to change it.”

The two hit it off and decided to strike a deal. Tunney’s first task: learning to cook the cuisine.

“I was taught by the cooks that stayed on to work for me,” he said, adding that he was also mentored by Sather. “I learned Scandinavian recipes.”

He became an avid student “to protect the business,” he said. “I worked in the kitchen every day and then went out in the dining room when the guests came. If you don’t know how to cook, you won’t be a good restaurateur.”

Recipes were standardized for consistency and quality, and Tunney evolved the menu, adding breakfast in addition to lunch and dinner. Since then, he has removed dinner service and opened two additional locations in the city.

Tunney also brought in Scandinavian folk artist Sigmund Aarseth to do the interiors of the restaurant.

“He used a lot of rosemåling; It’s very decorative,” he said. (Turns out, Aarseth actually wrote the book on it.)

Tunney finds that Scandinavian food is similar to Irish cuisine because it uses a lot of the same root vegetables and meats such as lamb. Popular items on the menu include Swedish pancakes, meatballs and potato sausage.

“Our most popular item is our cinnamon roll,” Tunney said. “We used to do a fresh breadbasket for lunch and dinner and the cinnamon rolls were in it. I decided to make them famous on their own.”

The gooey made-from-scratch creations with dripping frosting are served hot from the oven and drizzled with frosting that oozes onto the plate.

“Our egg dishes have sides and one of those is a pair of cinnamon rolls,” he said. “We also have a baked goods section out front where we sell baked items.”

A neighborhood destination, Ann Sather is known far and wide.

“We attract people from all over,” Tunney said.