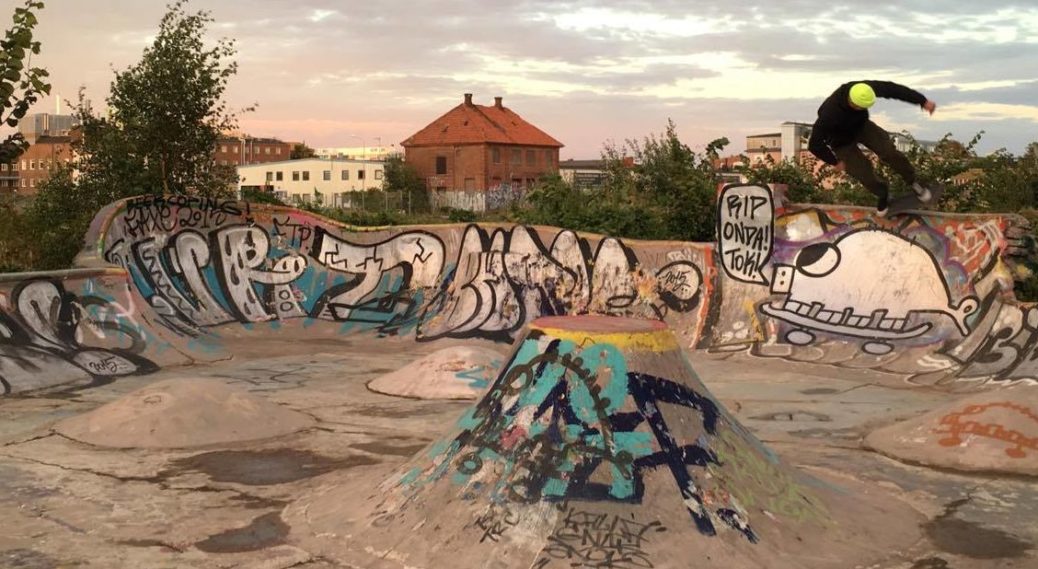 In the southern tip of Sweden is Malmö, a city with high enthusiasm for skateboarding and skate culture.

The city’s Parks and Streets Department even runs and sponsors Skatemalmö.se, an online resource for local and traveling skaters, as part of a project to grow the culture. Project Skate Malmö is led by Gustav Svanborg-Edén, local skateboarder and official skateboarding coordinator for the city of Malmö.

The shared efforts of local skaters and Svanborg-Edén to grow the skate community in Malmö is strengthening the city as a tourist destination.

Last summer, Austin Plantinga, a veteran skater of more than a decade and an employee at Venue Skateboards in Richmond, Va., had a chance to skate the architecture, streets and parks Malmö has to offer.

Shortly after the 25-year-old received his undergraduate degree in Urban Planning from Virginia Commonwealth University in spring of 2016, he and a few friends packed their boards and headed to Europe to film an independent movie, which is expected to premiere in Richmond later this year. The crew started in Copenhagen, just before crossing the Öresund Bridge to reach its second stop, Malmö, where it spent eight days skating and living the culture.

“We visited 10 countries over two months, and Sweden was by far one of our favorites, next to Denmark,” Plantinga said. “The Scandinavian countries were the friendliest and welcoming. Malmö was very inclusive to skateboarders, which wasn’t common in other cities along our trip. It was cheap, too, thanks to their efforts to be green.”

Plantinga and friends stayed in pre-reserved Airbnbs. They offset costs of the rest of the visit in Sweden by recycling.

“Malmö was probably one of the cleanest cities I’ve ever visited,” Plantinga said. “The recycling programs are really good and motivate you to recycle. Some days, we spent hours collecting cans; because the return was so high, it basically paid for our meals.”

Transportation also was never an issue, and the crew got around by skateboard and bike.

“Unlike in most American cities, it was very welcoming for skaters to skate in public spaces,” Plantinga said. “That and locals seemed to prefer biking more than driving a vehicle. We never once got in a car while in Sweden.” While the culture and friendly locals influenced the positive vibe in Malmö, it was the skating and skate culture that made the stop exceptional.

Skatemalmö.se shares dozens of concrete parks and street skating spots, where a number of skate competitions are held each year. That includes the 2016 Vans Pro Skate Park Series World Championship, where American Alex Sorgente took the No. 1 spot.

Plantinga took full advantage of the site and resources geared to skaters by capturing images and footage for the movie.

“The skate spots there are something you won’t come across anywhere else in the world,” he said. “What’s more unique about this city is the use of public spaces and architecture to incorporate skating.”