In the News: Watch The Trailer For Alexander Skarsgård’s New Movie With Keira Knightley 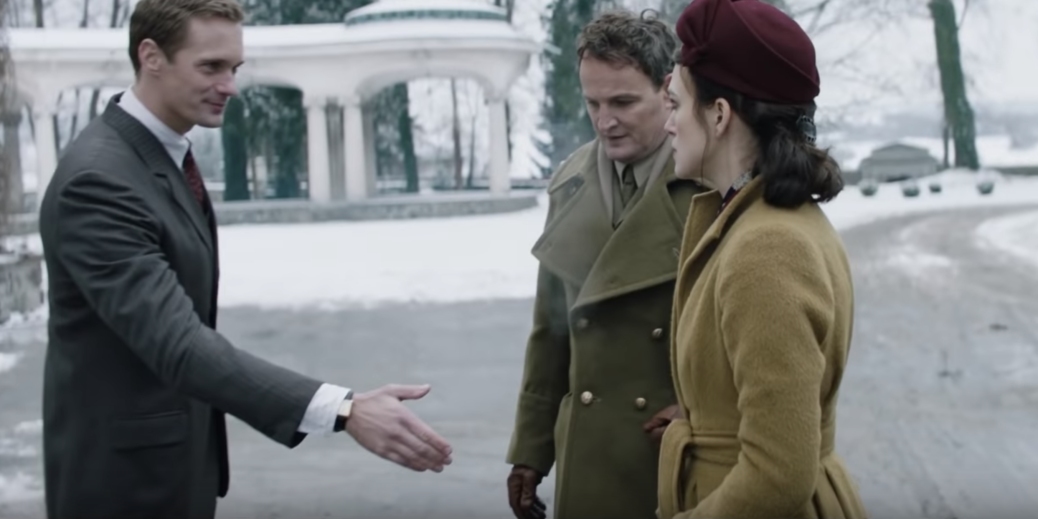 In the News: Watch The Trailer For Alexander Skarsgård’s New Movie With Keira Knightley

It’s a good day when a new Skarsgård trailer drops, and “The Aftermath,” a film based on Rhidian Brook’s 2013 novel is looking to be a good one.

Starring Keira Knightley, Jason Clarke and Alexander Skarsgård (swoon), the movie is set in post-WWII Germany and is a heart-wrenching romantic drama about love and lost love. The Hollywood Reporter has a first look; the film is set to arrive in theaters in April 2019.

Since 2013, Sweden’s Nationalmuseum has been closed down for a rebrand and renovations. Five years and 132 million later, the museum has been officially reopened to the public by the Swedish Royal Family. The Daily Mail shares that King Carl Gustaf, Crown Princess Victoria, Queen Silvia and Prince Daniel were all in attendance for the reopening.

We love to see Swedes supporting other Swedes, and it warmed our hearts to read this article about Erik Karlsson of the San Jose Sharks, specifically his admiration for Rasmus Dahlin, a rookie on the Buffalo Sabres. Karlsson told the Buffalo News that, “Comparing the two of us from where [Dahlin] is right now, he’s miles ahead.” Of course, Dahlin was flattered, but like a true Swede, couldn’t be more humble.

Every year on December 13, young girls across Sweden portray St. Lucia as part of the country’s St. Lucia Day festivities. For the first time in history, the city of Malmö will not be considering gender when casting the role. CNN reports that the city instead will select its “Lucia” based on good deeds and civic engagement.

In 2015, Lotta Lindgren uploaded her song “Tired of Talking” to SoundCloud on a whim. And in a matter of days, it went viral, with a nod from Katy Perry and a Columbia Record deal. Since then, the artist, who goes by LÉON, has been working hard preparing her debut album, following the drop of her single “Baby Don’t Talk.” Billboard caught up with the star to check in.