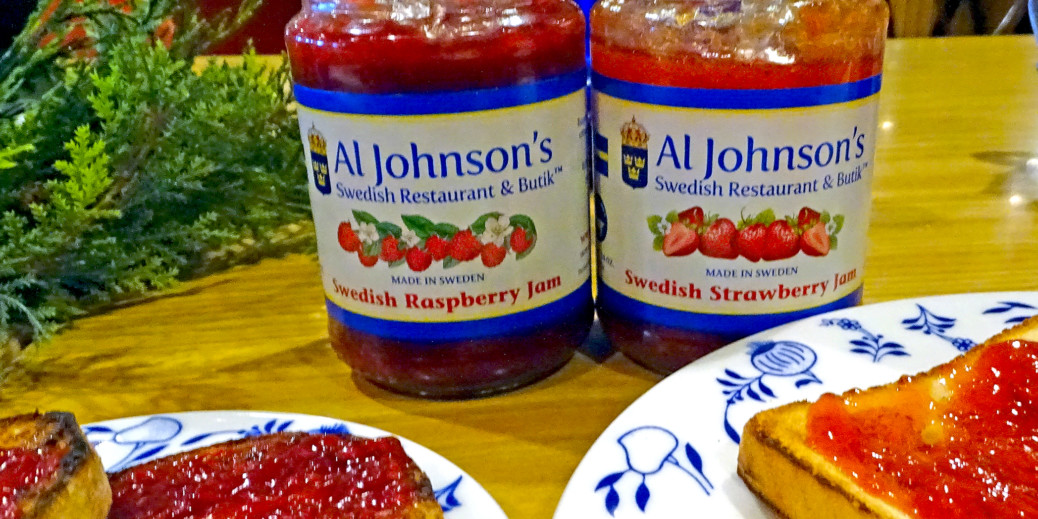 Al Johnson’s Swedish Restaurant and Butik in Sister Bay, Wis., is known for its traditional Swedish fare and the goats that graze on the restaurant’s roof from May to October. (Yes, goats named Lingonberry, Little Lingonberry, Snowball, Big Boy, Buckshot, Caramel, Inky and others do graze on the grass on top of the restaurant.)

It’s also known for the Scandinavian products, including lingonberries and pancake mix, it sells in its butik and online.

New to its product list are Swedish Raspberry Jam and Swedish Strawberry Jam, which it says are the only U.S. distributed jams to be directly imported from Sweden.

According to Al Johnson’s, “The new jams offer ‘fruit forward’ flavors, featuring tasty pieces of strawberries and raspberries while also providing a touch of sweetness.”

Executive chef Freddie Bexell had returned from visiting his hometown of Österbymo, Sweden when he received a package from the restaurant’s lingonberries supplier. The package contained two jars of jam that the staff at Al Johnson’s loved. A new partnership was born.

The jams, which are being served at Al Johnson’s, are available at the butik, its online shop or Amazon.com.