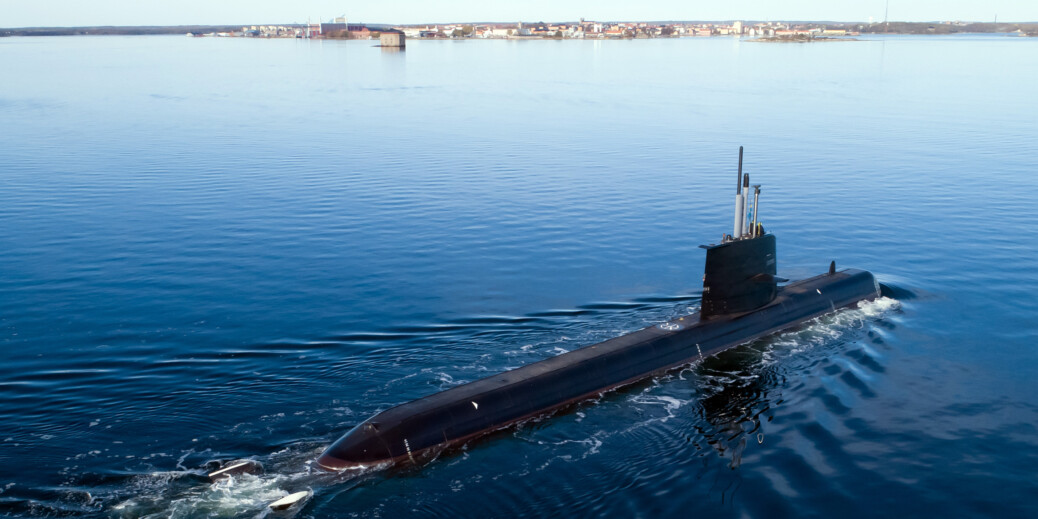 Sweden long has been known for its innovation. From sustainable practices to countless well-known inventions, the small Nordic country, which currently ranks as the second-most innovative in the world, likes to stay on the cutting edge.

And this includes its military equipment – its submarines, to be more precise.

While many countries view them as obsolete, diesel-powered submarines still are a staple of the Swedish maritime defense. These subs were viewed as a limited and vulnerable option because of their noisy, air-reliant engines.

But the Swedes adapted the traditional diesel engine in 1996, introducing its Gotland-class submarine, which utilized an Air Independent Propulsion (AIP) system (in this case, a Stirling engine). The Stirling engine utilizes liquid oxygen, meaning the vessel is quieter than its counterparts, can stay underwater longer and off enemy radar screens.

According to Popular Mechanics, “These exceedingly quiet engines are used to charge batteries, which in turn can directly run the engines. The result is a sub that’s quieter than any other diesel, and even quieter than its nuclear cousins, which require a constant churn of coolant that can give away their position.”

The Swedish investment in the AIP engine paid off. In 2005, the Gotland-class submarine shocked the military world when it sunk the USS Ronald Reagan, a carrier worth a staggering $6.2 billion.

Luckily for the United States and Sweden, the sinking of the carrier took place only during a simulated battle as part of larger wargames.

Because of its repeated successes in evading the USS Ronald Reagan’s radar, the United States Navy leased the Gotland and its crew for two years to conduct antisubmarine exercises.

National Interest notes, “The results convinced the U.S. Navy its undersea sensors simply were not up to dealing with the stealthy AIP boats.”