8 of the Best Swedish Festivals 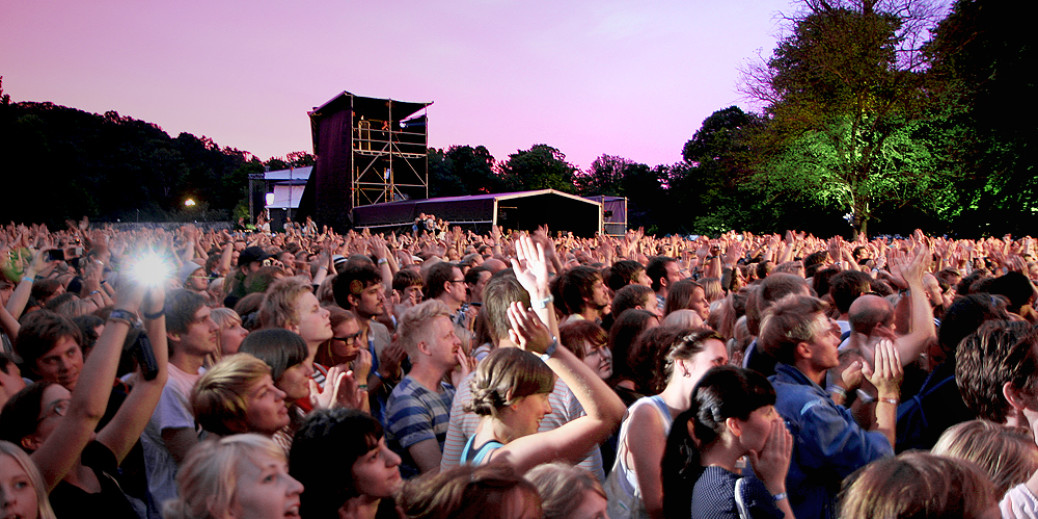 8 of the Best Swedish Festivals

Sweden has a long history of really weird and wonderful festivals. Scattered across the country, these festivals are both rich in tradition and part of the modern-day culture. For first-time visitors and residents alike, Festivals are a great way to unplug and experience the best culture, music, food and people that this amazing country has to offer.

From Gothenburg to Stockholm, from January to December, these 10 festivals will give you a real deep taste of Swedish culture and heritage.

Held annually in Borlange, the Peace and Love Festival is a festival that celebrates diversity, love, community and peace. Founded in 1999, the festival draws people in by the tens of thousands, and is one of Sweden’s biggest annual music festivals. The festival promotes respect and love for all through workshops and events and provides Swedes and visitors to the country a diverse selection of international music acts. The Peace and Love Festival can only be described as the Woodstock of Sweden, drawing young and old from all corners of the earth.

One of the most visited festivals in Sweden, selling more than 50 000 tickets each summer, is Bråvalla. Started in 2013, this festival put popular 90s artists right up next to today’s biggest names in music. In 2015, the festival did this by letting a former member of British boy band Take That – Robbie Williams, perform alongside Scottish DJ Calvin Harris. The festival has mass appeal as it brings the big names from today and days gone by and put them on one stage. This year the festival will see Tenacious D, Mumford & Sons, and Macklemore and Ryan Lewis hit the stage. The annual three-day festival is held at Bråvalla Flygfottilj outside of Norrköping around the end of June. Other international artists who have performed are Rammstein, Green Day, Avicii, Iron Maiden, Kanye West, Kings of Leon and Muse.

Have you ever wanted to attend a festival to listen to the music of Vikings? With music ranging from the Medieval to the Renaissance periods, Stockholm’s Early Music Festival is sure to delight. It features the best musicians from Scandinavia and some of the top international acts specializing in music from the pre-Beethoven era. Held in early June, this festival has an air of sophistication about it, so leave your muddy boots and bikinis at home, and get ready for clean and classy. Going into its 12th year, the festival offers lunches and evening performances as well as seminars and master classes.

Held on April 30, this nationwide festival celebrates the coming of spring. With roots in paganism, this festival has become like the Northern European version of Halloween. During the celebration, a massive bonfire is built, and hordes of people dance around it welcoming spring and keeping witches at bay. Even though this is a nationwide festival, the most impressive renditions of it take place in the university towns as students go all out and party the night away. Not to be missed, the students of Chalmers University of Technology have their Cortege parade, where people in fancy dress and weirdly decorated vehicles parade down the streets.

Held annually in Gothenburg, this music festival signals the start of summer. Taking place at Ullevi Stadium, the festival brings big-name artist from all over the world to this student town. Names who have graced the stages of this festival include Tiesto and David Guetta. Even though it is a fairly new event, the crowds have shown up for these big-name stars with 24,000 people attending last year’s event.

Held annually in the beginning of June in the Ystad is the Ystad Sweden Jazz Festival. With tickets to this festival selling out by April, the five-day festival is held in the 100-year-old Ystad Theatre and is filled with jazz lovers from all over the world. With the sounds of saxophones, bass, guitars and trumpets filling the air, the festival draws musicians from Africa, Europe and America who come to Sweden to entertain.

As the name suggest, this festival is held in the heart of Swedish summer (June 20-21). With its roots dating to pre-Christian days, the Midsummer Festival is a celebration of the solstice and is a great excuse for Swedes to leave their towns and cities and get into the country.  Almost as important as Christmas, Midsummer is a mixture of culture and traditions all culminating in two days of celebration. Communities from all around Sweden host lunch parties that go well into the night. Maypoles are raised, girls put flowers in their hair and everyone enjoys the long summer days in almost every public park and garden. The Midsummer Festival is a great chance to enjoy some pickled herring and sing along to a variety of traditional songs.

Adelaide has The Fringe, Grahamstown has The National Arts Festival and Gothenburg has the Gothenburg Culture Festival. For the greater part of August, streets in this university town are inundated with an array of arts and culture. Being one of Sweden’s biggest city festivals, this festival combines street parties with the finest ballet, street theatre and live music. Not to be missed is the wide variety of street food that is sold from all over the world as well as local delicacies like Swedish meatballs and cream sauce. Get ready for days of fun if you are visiting Gothenburg in August as this Culture Festival is almost impossible to miss.

Sweden is a land of celebration, a land of history and a land of culture. Festivals are a symptom of a healthy society, and Sweden is overrun with great examples of why it is good to be in, from or connected to this beautiful country.