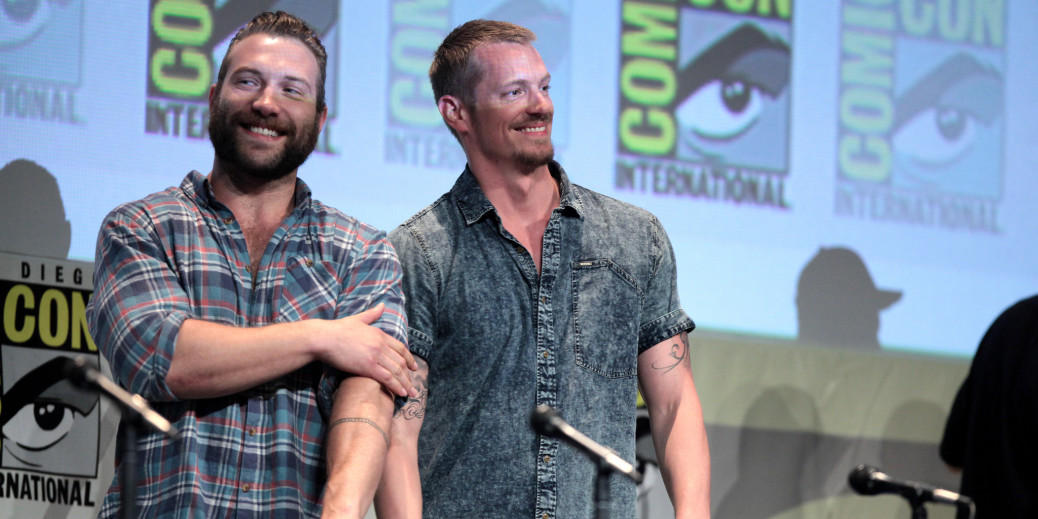 Before hitting U.S. television screens as Detective Holder in the gripping show The Killing, Joel Kinnaman already was a huge success in his home country of Sweden. The combination of his Swedish and American family and experiences between the countries turned the actor into the riveting success he is today.

He was a star even before he hit American soil

In 14 months spanning 2009 and 2010, Kinnaman starred in nine films in his native Sweden. He claims that he left “just in time” before his fame became overwhelming. One of these, the first in a series of DVDs entitled Johan Falk, earned him a nomination for Best Actor in the Guldbagge Awards. Another, Easy Money (or, in Swedish, Snabba Cash) earned him a Guldbagge Award for Best Actor and became an international success as well.

His mom is a therapist

It should come as no surprise to anyone who has seen Kinnaman’s ability to morph into the characters he plays that he grew up with a therapist as his mother. Growing up around that kind of intuition enabled Kinnaman to develop a knack for delving deep into the emotional motivations for the characters he depicts.

He considers himself an outsider

Kinnaman grew up with an English-speaking American father and a Swedish-speaking Swedish mother. Though he could speak both fluently, he never felt fully a part of either culture. Add to that his experiences of schoolyard bullying and a healthy dose of teenage rebellion, and the characters he plays in film and television make perfect sense.

His first real experience of America was in Texas

Although he often visited the States with his father as a child, Kinnaman applied to be in a foreign exchange student program for his senior year in high school. Unfortunately, he couldn’t pick where he was going to land in the States and could only specify the West Coast. He ended up living in Del Valle, Texas, for a year and considers it one of the most important experiences of his life.

By just an iPhone video alone, Kinnaman was one of the final choices for the role of Thor in the DC Comics film adaptation because of the Nordic touch they were looking for. Unfortunately, his production schedule with Easy Money prevented the actor from traveling to the United States for screen tests with Natalie Portman. And he was a finalist for the lead role in Mad Max that went to Tom Hardy. Even though those two action roles passed, he still landed the part in RoboCop in 2014. And he actually replaced Hardy for the part of Rick Flagg in the upcoming Suicide Squad.