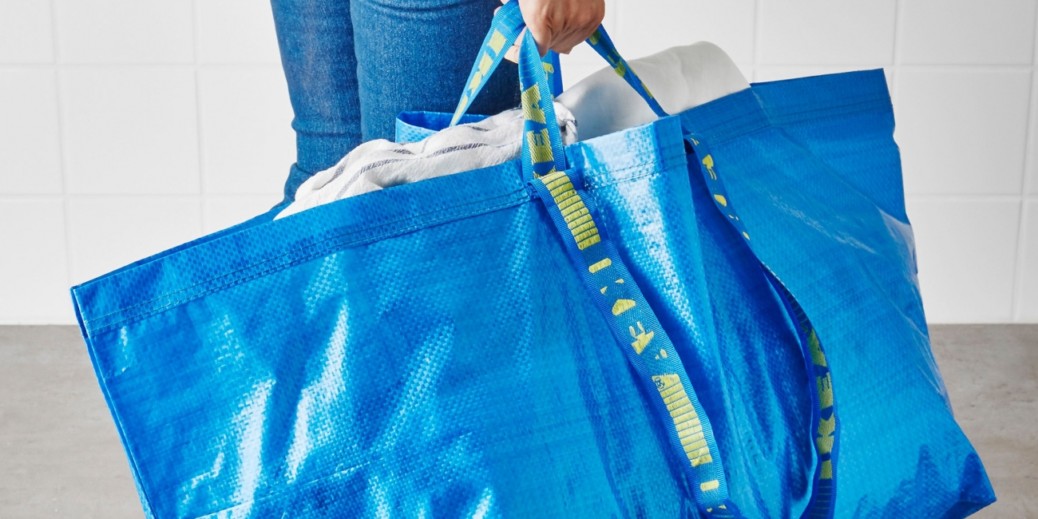 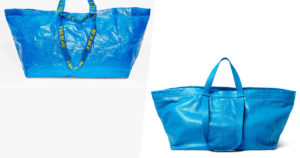 French luxury designer Balenciaga recently unveiled a new tote bag that has gained a lot of attention for reminding some of IKEA.

The $2,145 “glazed leather” bag looks like a replica of the 99-cent Ikea Frakta shopping bag made from recycled plastic. The two main differences: the materials they’re made of and the price tag.

Days after the designer bag went viral, IKEA came out with a  creative response ad that helps consumers identify an IKEA original from the copy-cat designer tote.

Many critics are making the claim that the two bags serve the same purpose, in similar fashion for two very different prices. Tabloids also have been poking fun that it’s a no brainer the 99-cent tote is a better purchase. While we have a true appreciation for fashion and the talented brains behind Balenciaga, we can’t help but lean towards IKEA’s Frakta bag because of its affordability and diverse versatility.

Frakta bags can be used during beach and camping trips, grocery shopping, hauling around laundry, storage and much more. Here are our favorite ways to repurpose the 99-cent tote.

Use a pair of scissors to turn an old bag into an apron for kids. We like this idea that Ikea came up with in large part because one of the best things about the IKEA Frakta bag is that it is very easy to clean. Simply hose it off in the backyard and voila, good as new. Kids can use the apron during arts and crafts time, for cooking and pretty much anytime kids (and mess) are involved.

Raincoat for your Dog

Ikea bags are durable and water-resistant, two qualities you look for in a raincoat. They also are close in size to plenty of dog breeds. Ikea Hackers shares how one man turned the plastic tote into a raincoat for his furry best friends.

If you’re really crafty, turn several bags into a Swedish folk dress: Heidi Mattson did it. In order to attempt this one, you’ll need to get your hands on yellow Frakta bags, usually only available for in-store shopping.