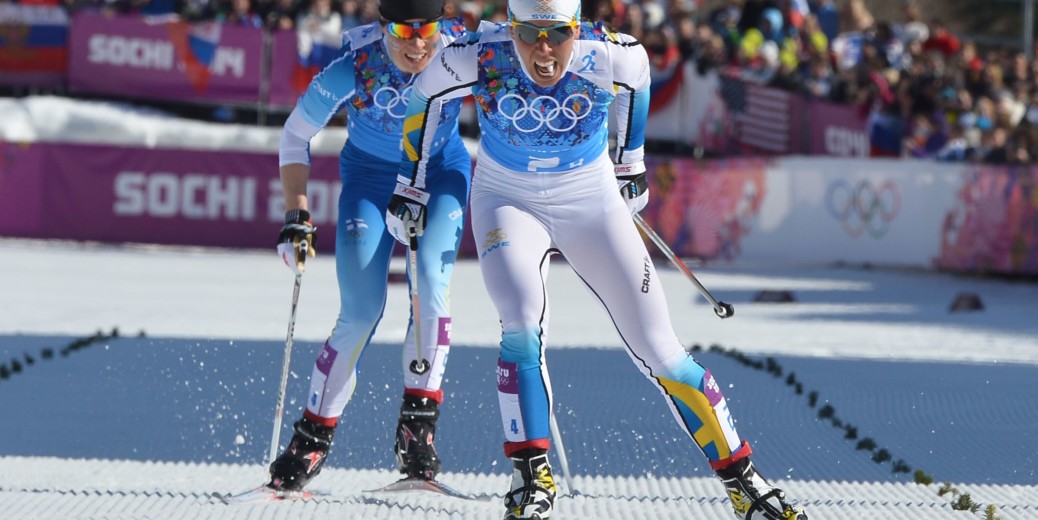 Over the next few weeks, we’ll take a look at some of the Swedes expected to make an impact or take home medals, including interviews with some of the athletes. As of now, 106 Swedes (51 women and 55 men) will compete.

Today, we highlight Swedish women to watch at the Pyeongchang Games.

Simply put, Kalla is a legend. She’s won two Olympic golds and three silvers in cross-country skiing, including an epic performance in Sochi in 2014 when in the 4x5km team relay, she overcame a 25-second deficit to carry her team to a gold medal. After her performance, Pajala Airport in northern Sweden temporarily was renamed Kalla International Airport. This time around, she’s expected to battle a bevy of Norwegians for an individual medal.

Hasselborg, whom we’ll feature in the coming weeks, is skip of the Swedish women’s curling team. She’ll be making her Olympic debut along with Sara McManus, Sofia Mabergs and Jennie Wåhlin – Agnes Knochenhauer is making her second Olympic appearance – and will try to follow previous Swedish teams to the medal stand: Swedish teams have medaled in four of five Olympics since the sport was introduced in 1998 (bronze in 1998, golds in 2006 and 2010 and silver in 2014).

Näslund is making her second appearance in the Olympics after finishing fifth in ski cross in 2014. She made history as Sweden’s first world champion in ski cross last spring and hasn’t slowed down since. A favorite for the gold, Näslund will try to make it two straight medals for Sweden in the event as Anna Holmlund earned the bronze in 2014.

Americans Mikaela Shiffrin and Lindsey Vonn are among the biggest names in Alpine skiing, but keep an eye on Hansdotter, one of the best in the world in the slalom. And Hector and Alphand are worth watching in the giant slalom.

If you like art in the air, Burmansson (fourth) and Dahlström (11th) are among the world’s best this year in slopestyle. At only 15 years old, Burmansson is sure to be a media darling, especially if she continues what has been an amazing year by winning a medal.