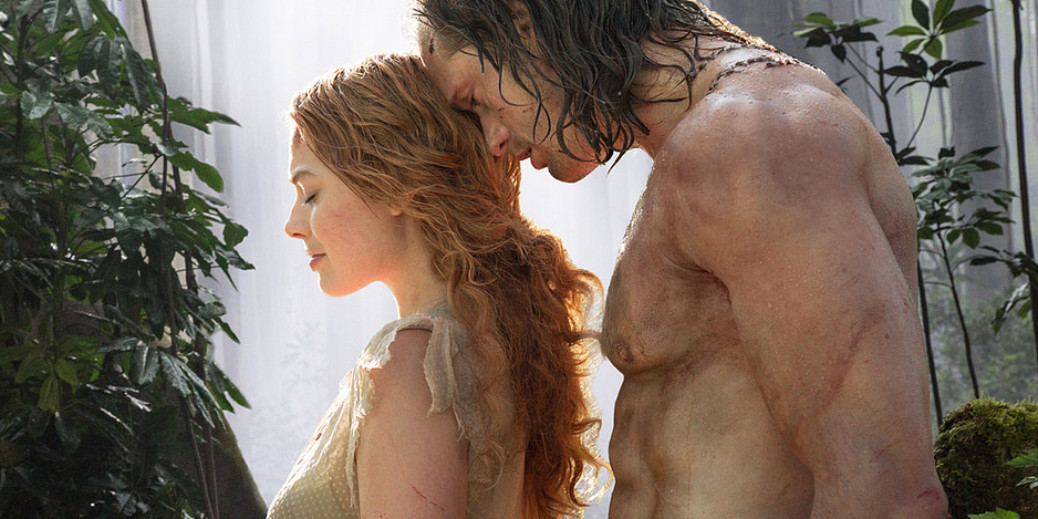 He’s played a villain vampire on HBO’s True Blood, and he heated up the scene as Tarzan in The Legend of Tarzan. There’s a lot to love about Alexander Skarsgård, whose next release, War on Everyone, hits theaters this fall.

Here are 10 things we love about the Swedish superstar (let’s be totally honest and list the most important, although exceedingly shallow reason first).

This 6-4, near-perfect specimen of a man has magnificent abs, blonde hair and incredible blue/green eyes. Did we mention the abs?

You don’t need to be from Sweden to know the name Alex Skarsgård, but Alex isn’t the first Skarsgård to pursue the big screen. His father Stellen Skarsgård, has over 135 movie (including Good Will Hunting) and TV credits as well as numerous stage accolades.

Stellan and My Skarsgård gave us Alex (their first child) his brothers Gustaf, Bill, Valter, Sam and sister Eija. Stellan and his second wife, Megan Everett, have two young sons Ossian and Kolbjörn. In case you lost count, Alex is one of eight!

Alex started acting when he was 8 years old. As he aged, he wasn’t comfortable with the celebrity attention he was receiving, so between 1989 and 1999, at his mother’s suggestion, he stopped accepting acting roles to focus on furthering his education.

Alex quit his studies to do conscript military service. He served under the Swedish military for 18 months working with a unit focused on anti-terrorism and anti-sabotage.

Sweden had his attention long before we did. Alex has been named the “Sexiest Man in Sweden” five times.

The rumors persist. He’s tall, handsome, suave, muscular, sexy and smart. With all these reasons to love this guy, it seems there are some of us out there who want to see Alex Skarsgård as the next James Bond. With Daniel Craig on his way out, a Swedish Bond could be just the kick that the series is looking for.

He’s really smart and can speak three languages: Swedish, French and English. Alex has written and directed an award-winning short film that showed at both Cannes and Tribeca festivals in Swedish, appeared multiple times on French television and of course wooed Americans into loving a murderous vampire with flawless English.

He is the first actor to play the role of Tarzan and not wear a loincloth. This fact alone is enough reason to love him and see the movie multiple times! Alex came trained for a no-cloth character as he grew up in a very liberal home where nudity was commonplace.

That’s right, we are leaving you with the thought of a naked Tarzan. Enjoy the rest of your day!